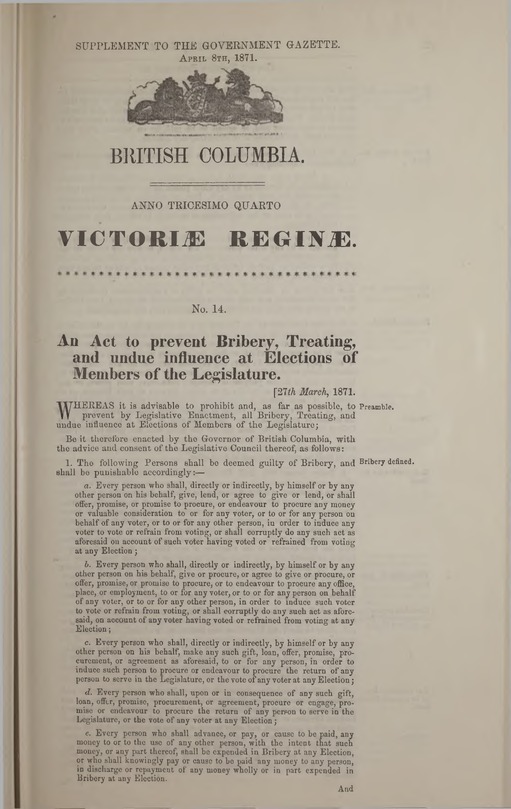 Prior to 1863, official notices of the colony were published in daily newspapers, for example the British Colonist. The colony of Vancouver Island had its own official gazette until the two colonies (British Columbia and Vancouver Island) were united in 1866. These are to be added to this collection.