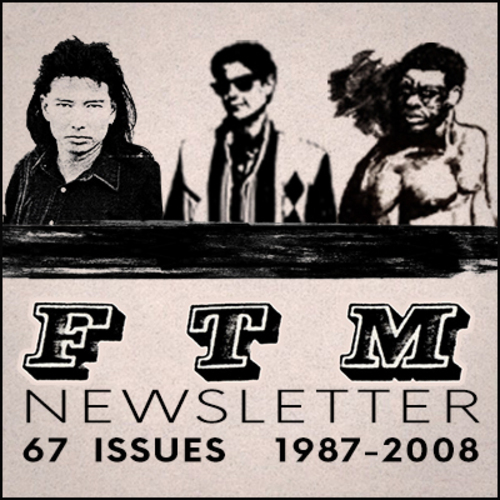 Before his 1991 death, Sullivan passed leadership of FTMI to Jamison Green, activist and author of "Becoming a Visible Man."

The majority of the FTM Newsletters digitized for this collection formed a part of the library holdings of the Rikki Swin Institute: Gender Education, Research, Library and Archives (RSI), located in Chicago, Illinois. The RSI collection was donated by Rikki Swin to the University of Victoria Libraries in 2008, and is a foundational resource of UVic’s Transgender Archives. Physical copies of the FTM Newsletter are catalogued with the call number HQ77.9 F176. FTM Newsletter issues not included in the original RSI gift (issues 1-43; 45-53) were donated by Aaron Devor (issues 59-67), Jeffrey Dickeman (issue 44) , and an anonymous donor (issues 54-58).

A limited amount of information about identifiable individuals who were not public figures has been redacted to protect personal privacy.