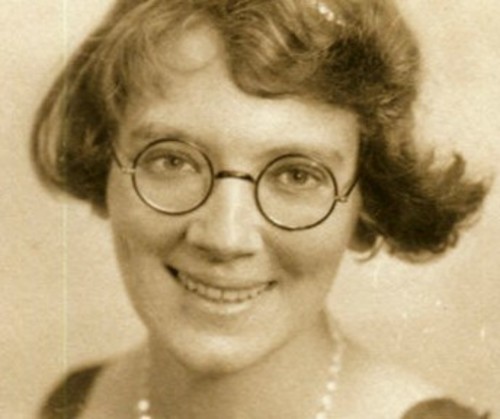 According to a family friend, Audrey Alexandra Brown "showed early signs of some kind of ability" from a very young age. She was born in Nanaimo, B.C. in 1904, never went to high school, but wrote her first poem when she was six years old. Her work was brought to the attention of prestigious literary critic Pelham Edgar in 1921 and she proceeded to publish five volumes of verse, a prose diary, and several newspaper stories, essays and poems throughout her life. She won the Lorne Pierce medal in 1944 and the Order of Canada in 1967, but her work has been largely overlooked in both popular and academic contexts.

University of Victoria Special Collections and University Archives maintains Brown's fonds (https://uvic2.coppul.archivematica.org/audrey-alexandra-brown-fonds) which include letters, manuscripts, photographs, newspaper clippings, and audio recordings of Brown's work. The digitized material is a small part the two boxes collected by Brown over the course of her life, but reflects Brown's significance as a literary icon at a time when national literary identity was being codified in a very particular way.