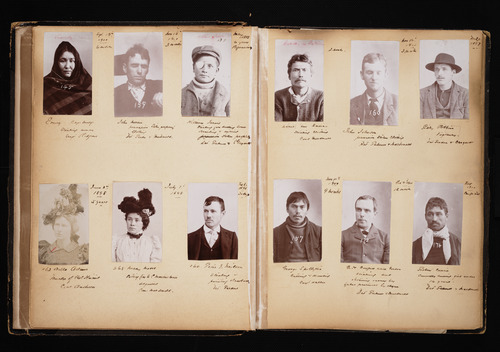 This digital collection consists of a number of Victoria Police Department log or “charge books,” and "mugshot books" compiled between the 1870s and the early 1900s. The handwritten charge books are a record of the arrests made in Victoria, British Columbia, and surrounding areas during this time. Entries on the nearly 2000 pages consist of the following information: date, name of person charged and nature of charge, remanded (if applicable), and conviction or order. The mugshot books vary with some simply faces and names and others giving more detailed records of arrests and charges.

Note to users
These historical records contain language that researchers will find offensive, but which reflect the attitudes and social norms of the time in which they were created. Any future transcription will present entries verbatim.