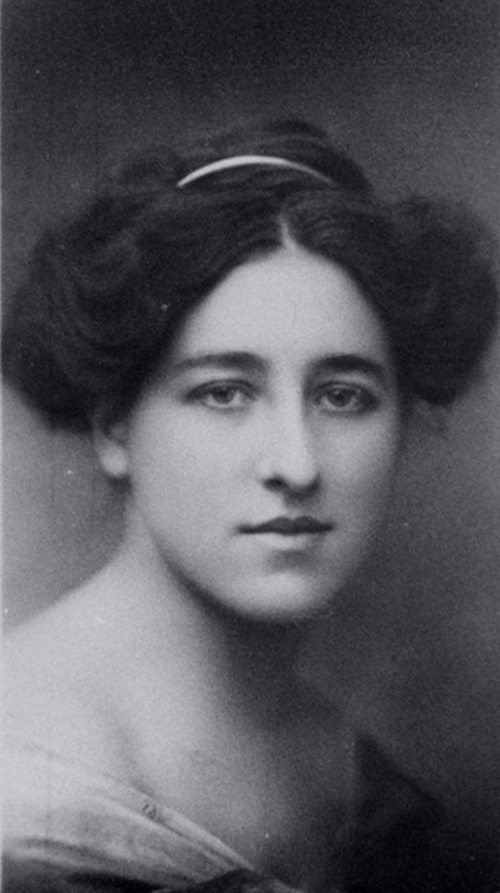 Katharine Emma Maltwood (nee Sapsworth) was an artist and author who held a life-long fascination with ancient history, folklore, mythology, spirituality, and the occult.

Born in London in April 1878, Maltwood was influenced by the arts and crafts movement and studied visual arts as a young woman. Exhibiting her art regularly at London Galleries including the Royal Academy and the London Salon, Maltwood’s work was acclaimed by critics.

In 1901, she married John Maltwood, a prosperous advertising manager who also shared her love of the arts. Throughout their marriage the Maltwood’s traveled extensively, collecting artworks and engaging in creative activities.

Maltwood devoted the later part of her life to research concerning the “Glastonbury Zodiac” (also known as the “Somerset Zodiac”) a ten-mile wide circular earthwork which she claimed to discover in 1925 after a period of intense study of medieval Arthurian Romances.

Maltwood was especially interested in legends and folklore pertaining to Joseph of Arimathea’s visit to Glastonbury and his introduction of the Holy Grail and Holy Thorn Tree to the area.

In 1938 the Maltwoods moved from England to Victoria, British Columbia, and in 1940 was honoured as a member of the Royal Society for both her artist work and historical research.

Katharine Maltwood died in Victoria BC, in 1961 with her collection of art and archival materials being donated to the University of Victoria in 1964.

This collection of digital surrogates represents items from the University of Victoria Libraries’ Katharine Maltwood Fonds (https://uvic2.coppul.archivematica.org/katharine-maltwood-fonds). It is of note that many of the seemingly unrelated items in the archive are associated with zodiacal symbolism in some manner.