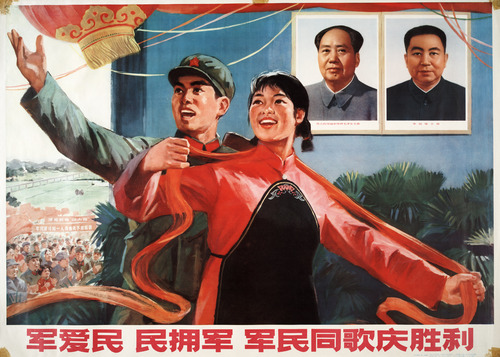 The University of Victoria digital archive concentrates on a golden age of poster production, from the early 1970s to the early 1980s. At this time, a faction within a divided Communist Party both perpetuated the former image of harmony and prosperity, and simultaneously launched urgent and strident political campaigns against its rivals for power. Following that faction’s downfall and the ascendancy of their opponents, the posters presented new directions for the nation.

The archive is built around the personal collections of Dr. Richard King, retired faculty from the University’s Department of Pacific and Asian Studies, and Barry Till, Curator of Asian Art at the Art Gallery of Greater Victoria, both of whom studied in China in the mid-1970s and began to buy posters at that time, and also incorporates posters from other collectors.