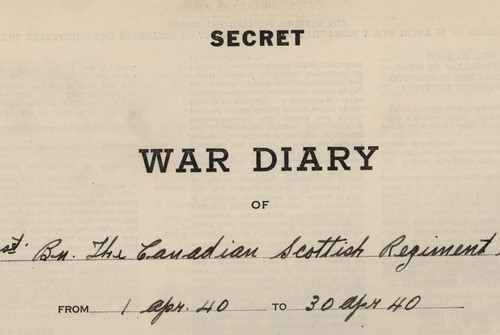 The war diaries are official records kept by the Battalions during a one month period. They contain the daily orders, correspondence, newsletters, and an intelligence log detailing troop activities, locations, and weather conditions. The war diaries detail the activities and movement of the 1st Battalion from training in Canada and England to active duty on the Western Front and their return to Victoria in January 1946.

Further information on the Canadian Scottish Regiment and the archival holdings at University of Victoria can be found here:
https://uvic2.coppul.archivematica.org/canadian-scottish-regiment-princess-marys-fonds